Since it was founded in 1987, IFN has encouraged young people to participate in inter faith activity. This has never been more important than it is today. Across 2017-2018, IFN carried out a programme called 'Connect: Inter Faith Engagement of Young People'. 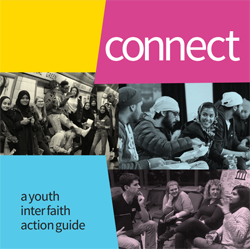 The programme began in October 2017 and led to the publication in summer 2018 of a new edition of IFN’s popular and well-regarded publication: Connect: A youth Inter faith action guide. The new Connect guide is full of ideas and case studies to inspire young people wanting to get involved in inter faith activity – or to deepen their existing involvement.  It covers a wide range of activity: from dialogue and social action to sport, arts and culture and more. It also includes pointers to sources of further information.

The new Guide was launched at a special youth-focussed National Meeting of IFN on 5 July 2018. 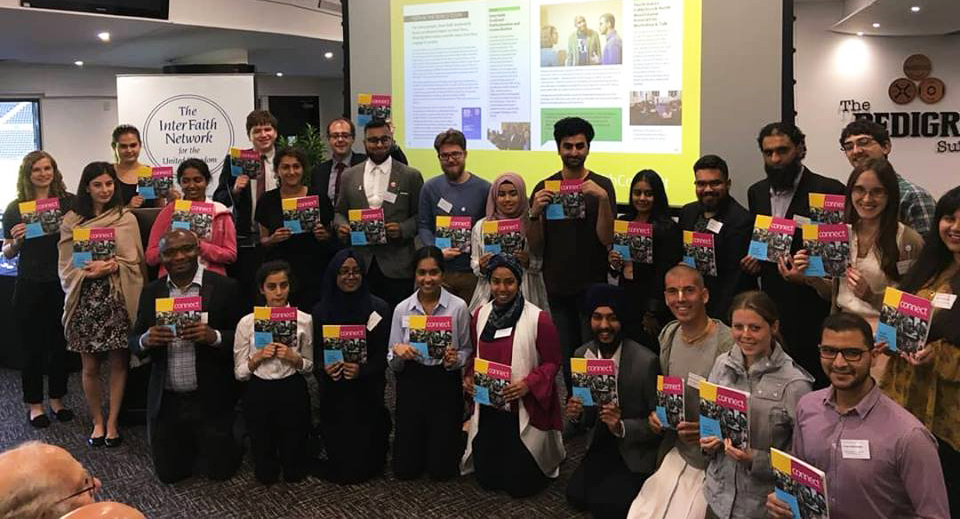 Young people played a key role in the National meeting, including as speakers, workshop presenters and discussion facilitators. A report is available here.

The programme was carried out with the assistance of an Advisory Group, which was co-facilitated by IFN Trustee Padideh Sabeti and youth co-facilitator, Jaskiran Kaur Mehmi. Five focus group sessions for young people aged 16-25 were held in Birmingham, Cardiff, Glasgow, Leeds and London, and views were also gathered in through polls on social media and a questionnaire which was sent to organisations working with young people.

This programme of work built upon past projects in this area.

In 2002, as part of national Golden Jubilee celebrations, IFN held the UK’s first national youth inter faith forum. In 2004, IFN published the original Connect guide. Despite its age, this continued to be widely used, and updating it was a key part of the above programme.

In 2009, at the national launch of the inaugral Inter Faith Week, young people played a key role and were highlighted in the report. Inter Faith Week continues to involve young people from all walks of life each year, including those in schools, further education and higher education, as well as through youth organisations, programmes and projects.

In 2014, IFN held a special day event for youth inter faith practitioners: Young voices, young agents for change. This resulted in the creation of a number of dedicated website materials, which can be found here.