The Inter Faith Network was invited by the Government to assist the Department for Culture, Media and Sport in developing and organising, as part of the official Millennium celebrations, a Shared Act of Reflection and Commitment by the faith communities of the UK. This complemented the Millennium Church Services held in Belfast, Cardiff, Edinburgh and London. 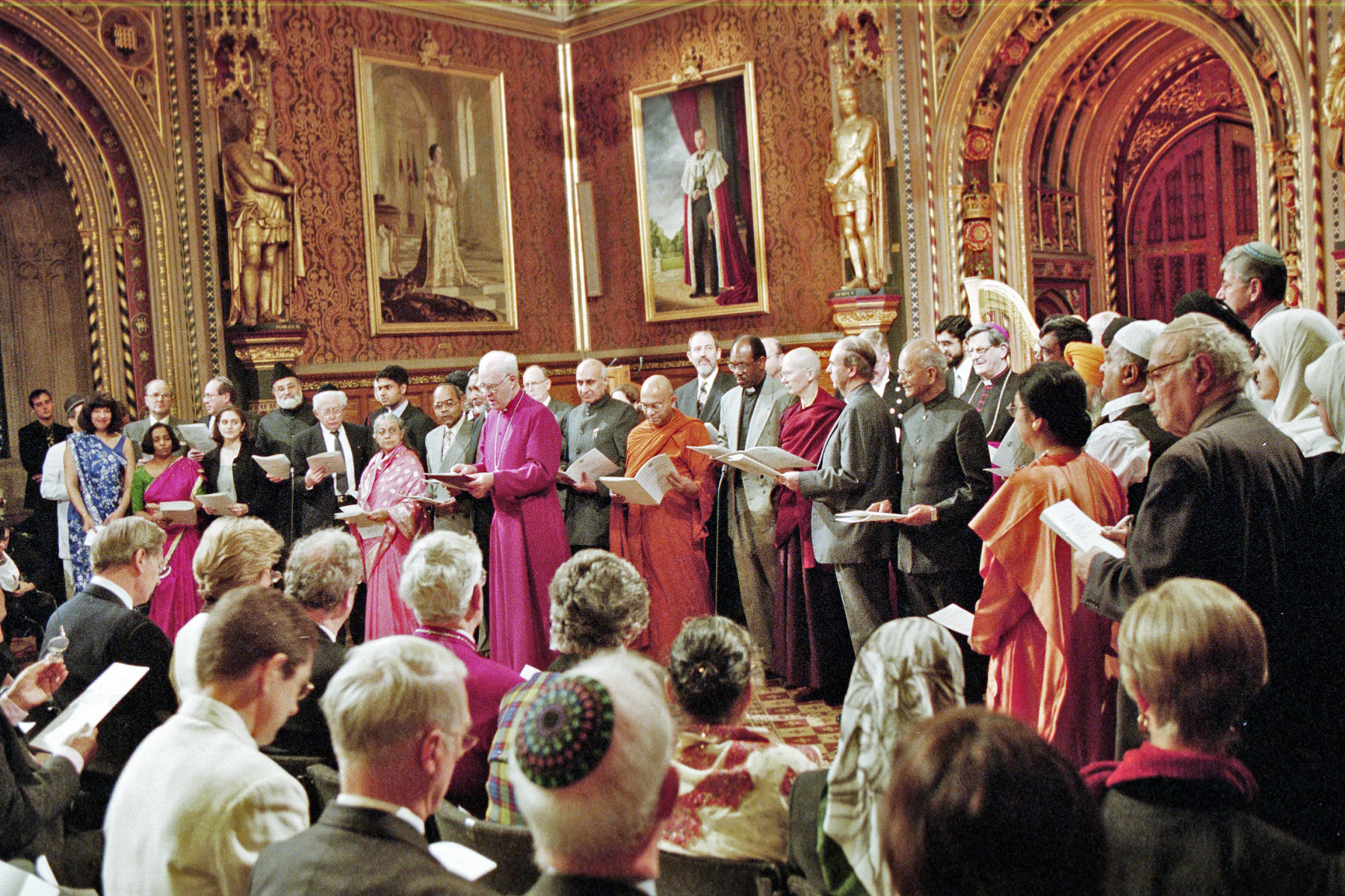 This unprecedented event was held in the Royal Gallery in the Houses of Parliament on the morning of 3 January 2000 as part of the First Weekend Millennium celebrations. It was hosted on behalf of the Government by the Department for Culture, Media and Sport, (DCMS) and the opening welcome was given by its Secretary of State, Rt Hon Chris Smith MP. It was held in the presence of Their Royal Highnesses the Duke and Duchess of Gloucester and was attended by the Prime Minister, the Home Secretary and the Speaker of the House of Commons together with faith community representatives and other distinguished guests.

Some 45 speakers and musicians from all parts of the UK took part in the programme of the event. Towards the end of it, leading faith community representatives invited the audience to join them in the Act of Commitment. The text of this (which has been used subsequently in a number of other events) is reproduced below. The event ended with some concluding reflections from the Prime Minister.

The occasion had major significance as an expression of commitment to an inclusive society which recognises the contribution which all the faiths make to national life.

In a world scarred by the evils of war,
racism, injustice and poverty,
we offer this joint Act of Commitment as we
look to our shared future.

We commit ourselves,
as people of many faiths,
to work together
for the common good,
uniting to build a better society,
grounded in values and ideals we share:

community,
personal integrity,
a sense of right and wrong,
learning, wisdom and love of truth,
care and compassion,
justice and peace,
respect for one another,
for the earth and its creatures.

We commit ourselves,
in a spirit of friendship and co-operation,
to work together
alongside all who share our values and ideals,
to help bring about a better world
now and for generations to come.