In 1993, IFN developed, in consultation with its member bodies, guidance on Building Good Relations with People of Different Faiths and Beliefs. All member bodies subscribe to this guidance, and it has been used widely.

The Inter Faith Network for the UK (IFN) works to build good relations between people of different faiths and beliefs, promoting mutual respect and understanding.

In 1993, it developed, in consultation with its member bodies, guidance on Building Good Relations with People of Different Faiths and Beliefs. All member bodies subscribe to this guidance, and it has also come to be used by a number of inter faith organisations around the world.

The guidance, sometimes referred as IFN's 'code', was first issued as part of a consultative document Mission, Dialogue and Inter Religious Encounter published by IFN in 1993.

The 'code' is reproduced below for ease of reference, and can also be downloaded from the bottom of this page.

Building Good Relations with People of Different Faiths and Beliefs

In Britain today, people of many different faiths and beliefs live side by side. The opportunity lies before us to work together to build a society rooted in the values we treasure. But this society can only be built on a sure foundation of mutual respect, openness and trust. This means finding ways to live our lives of faith with integrity, and allowing others to do so too. Our different religious traditions offer us many resources for this and teach us the importance of good relationships characterised by honesty, compassion and generosity of spirit. The Inter Faith Network offers the following code of conduct for encouraging and strengthening these relationships.

As members of the human family, we should show each other respect and courtesy. In our dealings with people of other faiths and beliefs, this means exercising good will and:

When we talk about matters of faith with one another, we need to do so with sensitivity, honesty and straightforwardness. This means:

All of us want others to understand and respect our views. Some people will also want to persuade others to join their faith. In a multi faith society where this is permitted, the attempt should always be characterised by self-restraint and a concern for the other’s freedom and dignity. This means:

Living and working together is not always easy. Religion harnesses deep emotions which can sometimes take destructive forms. Where this happens, we must draw on our faith to bring about reconciliation and understanding. The truest fruits of religion are healing and positive. We have a great deal to learn from one another which can enrich us without undermining our own identities. Together, listening and responding with openness and respect, we can move forward to work in ways that acknowledge genuine differences but build on shared hopes and values.

If you would like to order hard copies of the 'code' for group discussion, please contact the IFN office. 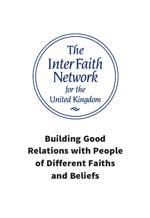 This version of the 'Code' was last updated in December 2017.